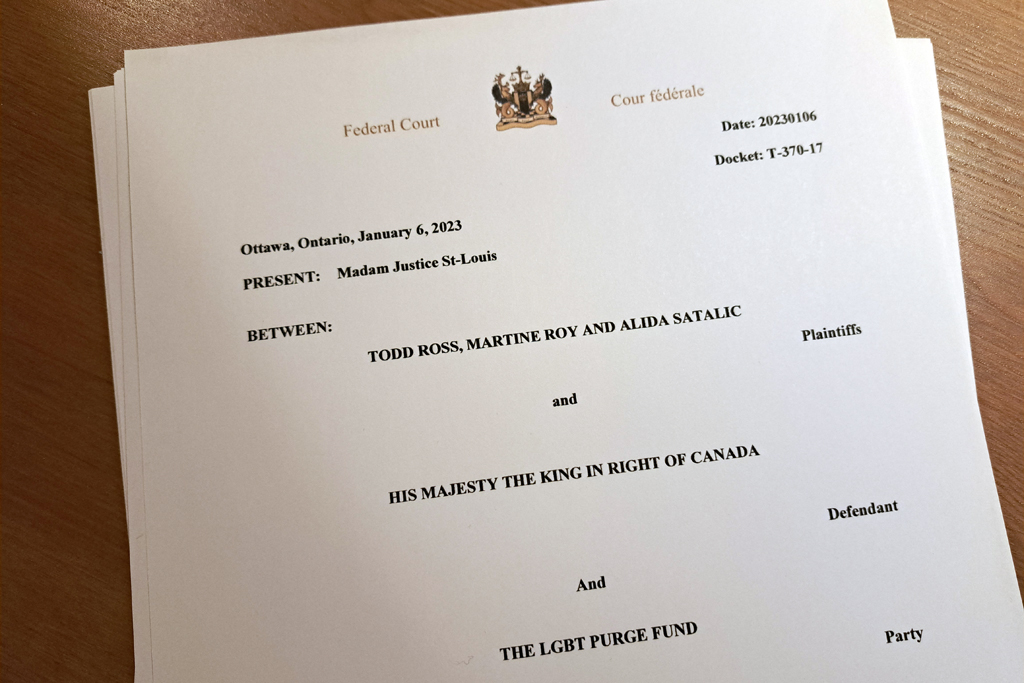 After challenging negotiations that lasted more than one year, the LGBT Purge Fund and the Department of Justice (on behalf of the Government of Canada) have reached a legal agreement regarding the provision of 15,000 more pages of historical documents relating to the LGBT Purge. This is great news, as it will allow us to receive more historical documents that will shed light on the government’s actions, policies and practices regarding the LGBT Purge. These records will be provided to us over the next two years. The LGBT Purge Fund will make these records available to the public, along with the ones we have already received.

The terms and process for the release of these documents are described in a legal agreement (called the Fourth Supplementary Agreement) that has been approved by the Federal Court of Canada. The federal government will be paying for a third-party research company to locate and produce these documents.

The LGBT Purge Fund has worked very hard to access as many historical documents as possible. Without those records, researchers, historians, Purge survivors and many others, would be deprived of a record that will help to tell the full story of the LGBT Purge in Canada. We also know that without a “paper trail,” people can underestimate what happened, deny what happened and forget what happened. We won’t let that happen.

We know that the records we have already made available to the public are being used by researchers and academics who are writing about the LGBT Purge. This is very satisfying, of course. If it wasn’t for the efforts of brave LGBT Purge survivors, along with our legal team, activists, researchers and historians who demanded the production of these historical records, we would never know the story behind the LGBT Purge.