What was the LGBT Purge?

Between the 1950s and mid-1990s, LGBT members of the Canadian Armed Forces, the RCMP and the federal public service were systematically discriminated against, harassed and often fired as a matter of policy and sanctioned practice. In what came to be known as the “LGBT Purge”, people were followed, interrogated, abused and traumatized.

The LGBT Purge was implemented at the highest levels of the Government of Canada and was carried out with callous disregard for the dignity, privacy and humanity of its victims. With its roots in the Cold War, the Canadian Government’s LGBT Purge continued for over forty years.

Who are the survivors of the LGBT Purge?

“Survivors” refers to the victims of the state-sanctioned discrimination against LGBT members of the Canadian Armed Forces, the RCMP and the federal public service and surviving partners and families of the victims. An estimated 9,000 lives were devastated by the Purge.

What is the lasting impact of the LGBT Purge?

The Canadian Government caused irreparable psychological trauma to their LGBTQ2+ employees which continues to this day. The careers and self-esteem of a generation of young people were destroyed; victims were denied benefits, severance, pensions and opportunities for promotion if they managed to keep their jobs. This shameful period in Canadian history also resulted in suicide, HIV, fear, depression, PTSD, addiction, disownment, criminalization, rejection, isolation, erasure and many other enduring and painful experiences.

Why was a class action lawsuit launched against the Canadian Government by Purge survivors?

The class action lawsuit emerged from a united feeling of injustice and frustration at being silenced by the Canadian Government. Through time, many brave survivors made efforts to secure apologies, gain recognition, win compensation and change Canadian law. Besides the successful action taken by Michelle Douglas against the exclusionary policies facing LGBTQ2+ service members in the early 1990s, efforts were largely rebuffed until the fight was organized collectively.

A number of key events led up to the class action lawsuit: in 2015, a group of Purge survivors and allies created the “We Demand an Apology Network”; in 2016, the Network held a press conference in Ottawa calling for an apology; and shortly after, EGALE Canada Human Rights Trust released “The Just Society Report: Grossly Indecent: Confronting the Legacy of State Sponsored Discrimination Against Canada’s LGBTQ2SI Communities.”

Activists, researchers and many others stepped up with survivors to demand acknowledgement of the Purge and its devastation. Together their efforts were relentless and effective. In 2016, survivors of the LGBT Purge launched a nation-wide class action lawsuit against the Canadian government.

Who was involved in the Class Action Settlement?

The class action lawsuit was launched under the direction of lead counsel Douglas Elliott of Cambridge LLP. Because the action was national in scale, the legal team included other lawyers from across the country: Audrey Boctor from Irving Mitchell Kalichman LPP in Quebec; John McKiggan Q.C. from McKiggan Herbert in Nova Scotia; and Kirk M. Baert from Koskie Minsky LLP in Ontario.

The three representative plaintiffs were Todd Ross, Martine Roy and Alida Satalic. These brave Purge survivors lead the class action on behalf of the class members.

What was the result of the Class Action Settlement?

The class action settlement reached between Purge survivors and the Canadian government was reached in 2018. The historic settlement included a global settlement amount of up to $145 million.

How will the Settlement money be spent and why?

Up to $110 million was set aside for the payment of damages to survivors of the LGBT Purge. Following the settlement, survivors applied for these funds, had their cases assessed and were awarded damages for their suffering.

The payments of claims were made by the court-approved administrator, Deloitte.

Additionally, between $15 and $25 million was earmarked specifically to “memorialize the historical discrimination against LGBTQ2 Canadians, including with respect to the LGBT Purge” (Final Settlement Agreement, 2018). These funds are symbolically representative of funds that would have been payable to Purge survivors had they lived long enough to make a claim in the class action lawsuit.

The funds will be put towards specific, court-mandated projects that will be implemented and governed by the LGBT Purge Fund.

Who decided how the money would be allocated?

The LGBT Purge Fund board of directors are mandated to administer the spending of the $15 – $25 million under their management. They have decided how much to allocate to each of the four main projects as well as the allocation of funds for operating and grant expenses.

The LGBT Purge Fund does not play a role in determining the compensation awards for Purge survivors.

What is the LGBT Purge Fund?

Over the centuries, various terms have been used to describe persons exhibiting gender or sexual diversity. Many of those words have been pejorative. In the context of the modern human rights movement, members of the communities in question have sought to choose their own nomenclature. This has resulted in an ongoing struggle to find language that is inclusive, accurate and intelligible.

The former Federal Government policy that is now called the “LGBT Purge” was not called that at the time. Terms that are now considered offensive, such as homosexual and sexual deviate, were in use to describe the targets. The policy was directed at and primarily impacted on LGBT persons. Lawyer Douglas Elliott chose the term LGBT Purge to describe the policy and events as it was fairly accurate, inoffensive and was intelligible in both official languages.

Who is on the LGBT Purge Fund Board of Directors?

There are six Directors of the LGBT Purge Fund. All members of the Board serve as volunteers. Martine Roy (Chair), Todd Ross, Diane Pitre, Wayne Davis and Linda Goguen-Manning are all survivors of the LGBT Purge and have served in the Canadian Armed Forces, the RCMP and/or the federal public service. Douglas Elliott also serves on the Board. He is a human rights lawyer with a long-standing commitment to fighting for LGBTQ2+ equality. He was the lead lawyer representing class members on the LGBT Purge class action lawsuit. Michelle Douglas is the Executive Director of the LGBT Purge Fund and also a Purge survivor.

What is the mandate of the LGBT Purge Fund?

The LGBT Purge Fund has a legal mandate to implement four main projects:

1. Create a national monument to discrimination against LGBTQ2+ people in Canada including LGBT Purge in the National Capital Region

3. Address the collection, preservation and accessibility of historical records related to the LGBT Purge

4. Work with the Canadian government to enhance inclusion in the federal public service and to improve existing training on LGBTQ2+ inclusion

The mandate and responsibilities of the LGBT Purge Fund are established by court order; in accordance with the terms of the Final Settlement Agreement reached with the Canadian government, they cannot be changed. The LGBT Purge Fund Board will determine how money is allocated to the projects.

What happens when you finish your projects?

Following the completion of the four mandated projects, the LGBT Purge Fund will be dissolved. This is a requirement of the legal settlement agreement.

What is the LGBTQ2+ National Monument project?

Following the class action settlement described above, creating a national monument is part of the LGBT Purge Fund’s legal mandate. The monument will be a visible landmark that will recognize the generations of LGBTQ2+ people in Canada and tell the story of those who have been persecuted, abused, dismissed and marginalized because of who they desire and how they identify. It will generally acknowledge the discrimination experienced by the LGBTQ2+ community, and specifically acknowledge the abuse perpetrated by the Canadian state on its people during the LGBT Purge.

Where will the monument be located and why?

The LGBTQ2+ National Monument will be located in Ottawa. The location, approved by the National Capital Commission in January 2020, is in the downtown core of Ottawa – near Wellington Street, by the Portage Bridge (below the current Library and Archives headquarters). See the details in the Project page of this website.

Who is paying for this monument?

Who is involved in developing the monument?

The LGBTQ2+ National Monument is a collaboration between the LGBT Purge Fund, the Department of Canadian Heritage, the National Capital Commission and diverse LGBTQ2+ communities and their allies.

Canadian Heritage: The government department is responsible for managing the international design competition for the monument, including the request for qualification and the request for proposals aimed at design professionals.

National Capital Commission: This federal crown corporation is the steward for federal land in the National Capital Region and for the monument site. It also develops the technical documents for the design competition and will manage construction of the monument.

The LGBTQ2+ community: Diverse community members were included in small discussion groups and in a national e-survey to develop a monument vision. They will also be asked to provide feedback on the final design proposals.

Indigenous communities: Local Algonquin communities (Kitigan Zibi and Pikwàkanagàn) were consulted and 2-Spirit First Nation, Métis, and Inuit groups and individuals from across Canada provided input and expertise to shape the monument vision and site selection through an Indigenous circle.

The Jury: A ten-person expert jury was assembled for this competition in 2020. Before making its selection, the jury will seek comments from the National Capital Commission, the LGBTQ2+ community and the general public. The jury will determine the winning design.

How is the LGBT Purge Fund engaging Indigenous communities in the Monument project?

The LGBT Purge Fund is committed to the principles of inclusion in all of our work.

The LGBT Purge Fund recognizes that the LGBTQ2+ National Monument will be built on unceded Algonquin territory.

We are committed to meaningful and on-going engagement with 2-Spirit and Indigenous communities. In consultation with the National Capital Commission, we have met with leaders from the local First Nations, Kitigan Zibi and Pikwàkanagàn to discuss the project and continue to engage local Algonquin leadership.

We are honoured to have 2-Spirit Elder Ma-Nee Chacaby on our Monument Advisory Committee, which helped develop the first Vision and continues to be involved in the Monument process. Additionally, we were honoured to include a briefing document from 2-Spirit Elder Albert McLeod about the importance of the 2-Spirit perspective and experience in communications. It is available here.

Indigenous Peoples (including those who identify as queer and Two-Spirit) will continue to have an impact on this process and on the monument. We continue to engage individuals from local and national Indigenous groups and have strongly encouraged Indigenous participation on design teams through the Request for Qualifications issued with the Department of Canadian Heritage in fall 2020.

What is the estimated timeline for the monument’s development?

In autumn 2019, the LGBT Purge Fund organized a collaborative stakeholder engagement process to develop a vision for the monument and consult on potential monument sites. The site was approved by the National Capital Commission in January 2020.

In fall 2020, a request for qualifications was launched by Canadian Heritage to encourage design firms to express interest in a competition for the monument design. Five teams, detailed HERE, were shortlisted for this stage of the competition and are currently responding to a request for proposals and to the monument vision in their design proposals. These designs will be made public in late summer/early fall 2021.

The same 10-person jury which created the shortlist will select the final design for the Monument. Before deciding on the winning design, the jury will benefit from the results of broad consultations with the LGBTQ2+ community and the general public. The winning design will be announced in late 2021. The monument will be inaugurated in the summer of 2025.

What is the latest news and estimated timeline for the museum exhibition?

What is the latest news and estimated timeline for the collection of historical records?

Delays on the part of the government have slowed this project significantly.

What is the latest news and estimated timeline for the training, diversity and inclusion project? 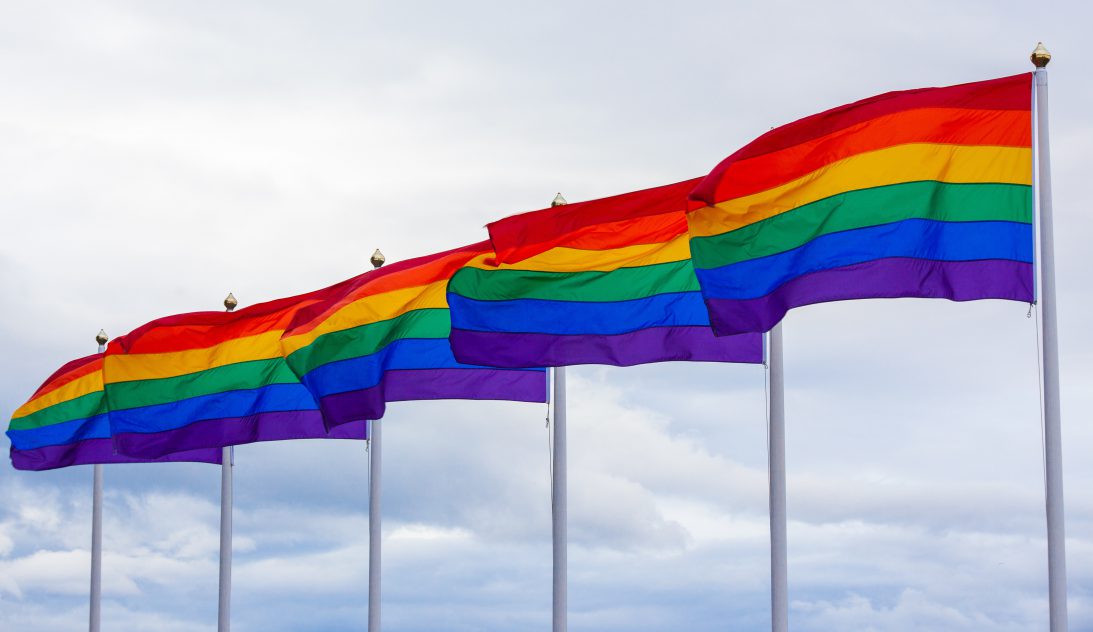